Croatia is a small country located in the south of Europe. Most of the eastern Adriatic Sea coast belongs to Croatia. One of the bird migration routes from northern and central Europe is placed along Croatia. During the migration, the birds avoid high altitudes of Alps and Dinarides mountains. Their route across Croatia to the south is one of the shortest in Europe. 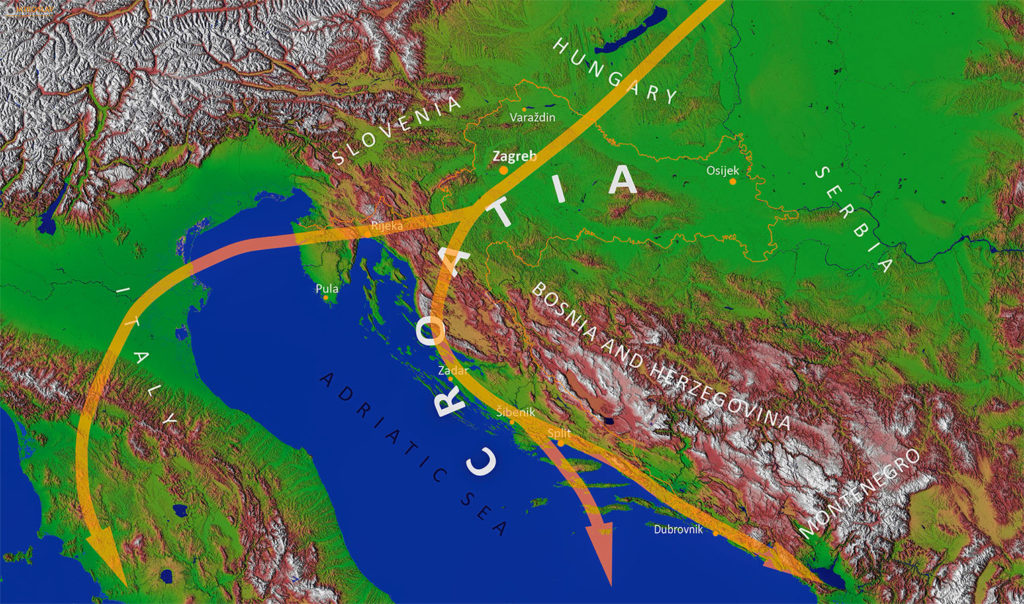 The map of birds migration in Croatia during fall

Frequently during spring migration to the north, while bad weather is on continent, birds often use the coastal area as an important resting place until the weather improves. Keeping them for a week or even more, allows to watch more bird species and take bird pictures more easily too.

Along the coast of the Adriatic Sea there are small silt and wetland areas. These habitats are necessary for feeding during migration or wintering. For instance, Curlew (Numenius arquata) uses the coastal zone for wintering and migrates north to the Eurasian continent for breeding. 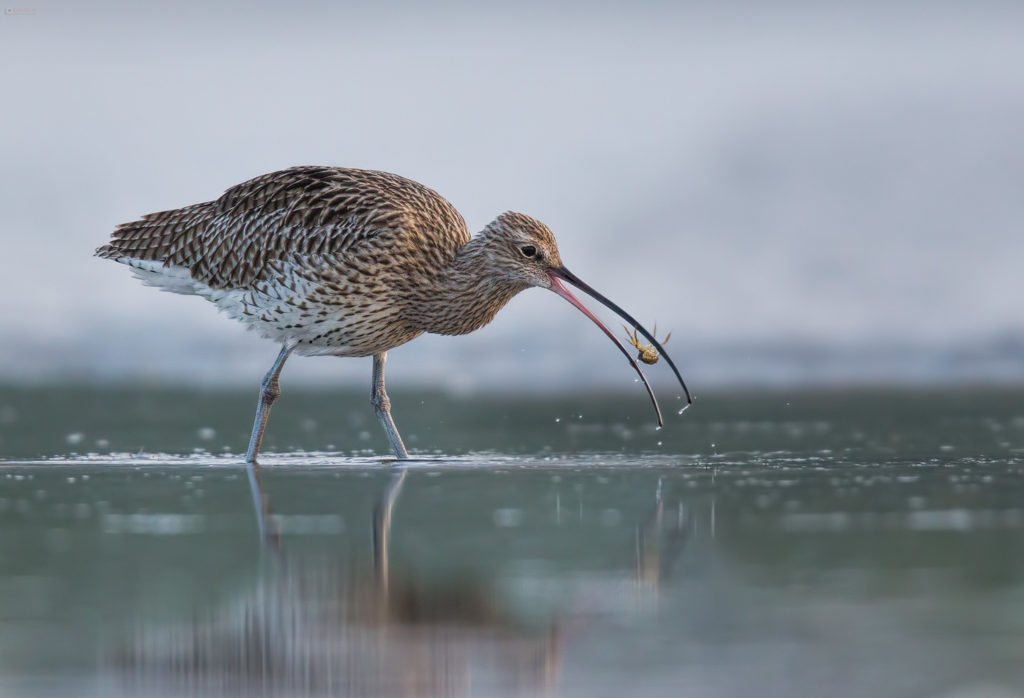 Bee-eaters (Merops apiaster) come to Croatia from Africa for breeding at the end of April. At the end of August and the beginning of September they migrate back to Africa. During spring Bee-eaters migrate along Croatia further to the northeast of Europe too.

There are numerous wild habitats in Croatia. In addition to the Adriatic coast, there are many rivers and hilly and mountainous areas that vary in vegetation type and relief forms. Above all the diverse diet and good conditions required for birds’ good nesting are available in many areas of Croatia.

The main issues that threaten birds are:

It’s very important to not disturb birds during nesting time. In case you notice irresponsible behavior of people in relationship with wildlife like poaching or similar, you can submit your note and report it to the agency. I have very good experience with their work.

With the rise of tourism, the popularity of birdwatching in Croatia has increased in recent years. Significant funds have been invested in some areas for design of new trails and monitoring hot spots. Nevertheless, much remains to be done. It is very important to better educate the local population and prevent poaching. There is also a problem of lack of trained birdwatching guides.

However, if you want to enjoy birdwatching in wild habitats then Croatia is for sure a right choice for bird watching.

Important birdwatching areas in Croatia are shown in the map below. For sure, it doesn’t mean you can’t birdwatching in other areas too. The map is based on reference Natura 2000 GIS database. The map can be opened in a new large window with 2 separate layers for Important birds’ areas according to Nature 2000 directive and Ornithological Zones respectively.

Northwest Dalmatia including The Island of Pag

The islands of Kvarner

The mouth of Drava river and Dunav river

The section of Sava river near Hruščica and Rakitje Lake

Fojiška-Podpredošćica (The Island of Cres)

Mali bok-Koromačna (The Island of Cres)

Kuntrep (The Island of Krk)

Kolansko Blato (The Island of Pag)

Veliko Blato and Malo Blato (The Island of Pag)

Due to the configuration of the terrain and lack of roads, some areas are difficult to access. However, make sure you have a good access before visiting. Furthermore, check the weather report too. Take your binocular or scope and enjoy in birdwatching.

The list of birds of Croatia is here and the bird gallery is here.

Below is a short video trailer about birds in Croatia.

The plan is to give more information including easy access to hot spots for birdwatchers and photographers too. In the meantime, in below comments section, share your experience about birdwatching in Croatia.

We use cookies to ensure that we give you the best experience on our website. If you continue to use this site I will assume that you accept it.Ok